It was a spectacular evening filled with nostalgia and flavored with delicious bites from APC as the Academy of Motion Picture Arts and Sciences and Turner Classic Movies presented the premiere of "And the Oscar Goes to..." on Thursday, January 23, 2014 "... the world premiere of "And the Oscar Goes To...", a brand-new documentary tracing the history of the Academy Awards, slated to premiere Saturday, Feb. 1, at 8 p.m. (ET/PT).  The documentary kicks off TCM's "31 Days of Oscar" to celebrate its 20th anniversary as a leading authority in classic film." To bring its story to life, "And the Oscar Goes To..." is packed with moments from 85 years of Academy Award ceremonies, which were first held at the Hollywood Roosevelt Hotel, now home to the TCM Classic Film Festival each spring. The special also features extensive clips from Oscar-winning and nominated films, plus exclusive, behind-the-scenes ceremony footage from the archives of Hollywood Newsreel, much of it never shown before." Read more at: http://backlots.net/2014/01/25/and-the-oscar-goes-to-a-premiere-screening-at-the-academy-of-motion-picture-arts-and-sciences/ 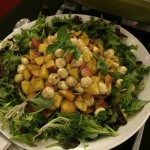 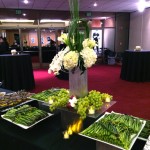 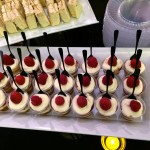 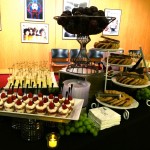 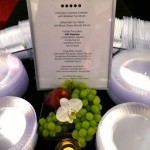